This truth simply needs to be recorded for the sake of history. The tRump cabal will try to erase it.

On March 16, as hospitals braced for a surge of COVID-19 patients, the Trump administration rolled out guidance asking Americans to stay home for work or school and avoid large gatherings in an effort to slow the spread of the virus over 15 days – a timetable that was later extended. Major school systems and many businesses began shutting their doors in mid-March, and statewide stay-at-home orders began taking effect in the days after the Trump administration issued its guidelines.

But the new estimates indicate that if social distancing and restrictions aimed at keeping people apart had been adopted across the country on March 8, 61.6% of cases and 55% of deaths could have been avoided as of May 3. That’s about 704,000 fewer infections and 35,900 fewer lives lost.

If these practices had been implemented even earlier on March 1, about 961,000 infections and 54,000 deaths could have been avoided nationally. In the New York metro area, the epicenter of the pandemic in the U.S., about 20,400 lives could have been saved, the study shows.

Donald Trump is liable for wrongful death and guilty of manslaughter of his own people, on a scale that’s been seen rarely throughout the history of humankind. He belongs in prison for the rest of his life. At least.

And then I explained to him how naive we were, that the world did know and remain silent. And that is why I swore never to be silent whenever and wherever human beings endure suffering and humiliation. We must always take sides. Neutrality helps the oppressor, never the victim. Silence encourages the tormentor, never the tormented. Sometimes we must interfere. When human lives are endangered, when human dignity is in jeopardy, national borders and sensitivities become irrelevant. Wherever men or women are persecuted because of their race, religion, or political views, that place must – at that moment – become the center of the universe.

The marginalized people of America are afraid, and for good reason.

I am reminded of a story my priest told me once, from Russia in the years before the revolution. In those days, it was common practice for people to travel to monasteries to celebrate feast days and ask advice from monks, especially from certain elders.

On one occasion, a group of people were taking turns speaking with an elder who was giving them advice on keeping the fast – Lent. One by one they went up and ask his blessing – Batyushka Blagoslave – Father, bless me – and he would bless them and help them and send them on their way. He might tell them certain vegetables to eat, or tea to drink, or maybe for health reasons absolve them to eat eggs or cheese on days when they wouldn’t otherwise.

Finally a man stepped up who was very rich and influential; a man who had spent his life amassing a fortune. He asked for a blessing and the old priest, being insightful and wise, took one look at him and said:

Oh you, I know you. Don’t bother keeping the fast; eat anything you want. Just for the love of God stop eating people.

The people on the margins of American society are afraid because they are the most vulnerable to the people-eating machine that our divided and hate-steeped culture has become. I speaking of the immigrants, minorities, LGBTQ, the disabled and sick and homeless, and the list goes on. They know they’re not alone, but it must still feel that way. They don’t know if anyone – the Congress, the Courts, the churches and their neighbors – will stand with them as the machine grinds on.

It is not morning in America anymore; it is dusk. But the lamps are lit and the streets still belong to us. It is for us, every woman and man of conscience, to stay awake and vigilant. And when we hear that grinding sound in the night, we have to go out, and bring our brothers and sisters into our homes. Let no one be left outside. I’m saying we must keep speaking out.

The place to improve the world is first in one’s own heart and head and hands, and then work outward from there.
– Robert M. Pirsig

Back in July, I received a summons for jury duty. Since the date they originally wanted my service clashed directly with an important family event – specifically, the all-to-rare opportunity to spend time with my non-local family – I sought and received a deferment. Hard to believe it’s been 90 days, but my time is up.

I’m willing to serve. Don’t get me wrong, it’s a civic duty. An important function, but for which chaos would reign. If I had a damn good reason to avail myself of the court, I hope others would feel the same. But that’s only because we haven’t devised a better way to do the duty juries do.

I think jury duty belies an interesting cultural paradox. On one hand, it reflects some of the highest and best ideals of a civilization that is trying hard to leave behind its reverence for, and dependence on, authoritarianism. We no longer rely on the king or the nearest convenient duke or church official to decide what’s true and fair. The good is judged by the people, in whom is vested wisdom and power, as it right. Or at least better.

On the other hand, the impulse to resort to the intervention of third parties to resolve disputes and try the facts shows that personal responsibility is still not ingrained in us. We know the truth and what’s best and what’s fair. Especially the guys who wear the suits and go to the courthouse to work, they know. We’ve all known, since we learned to use the bathroom by ourselves:

If wisdom is invested in 12 of us, why isn’t it found more often in two of us who argue, or one of us who damn well knows better than to commit a crime?  If the cosmos of the town is tested true, how can its microcosm be so stupid?

Of course we have a right to a trial. We have the right to gather the neighbors and ask for their help in resolving disputes, as much as their help in putting out a fire or searching for a lost child. We live together in tribes and camps because we need each other. I’m just saying the courthouse should be the last resort.

A few years ago, I couldn’t write these thoughts and share them publicly without the aid of a local newspaper. Now my little essay is global in seconds. That is as much a social advance as a technological one. We have opened the means to publish to everyone, essentially free gratis. So it seems strange to me that a society that has amassed the insights of the ages and put it all within reach of our fingertips still sustains litigation as a common public institution. I mean, we’ve been doing the same thing for hundreds of years. Are we learning anything?

In law school, we were taught that most of a litigation lawyer’s job – and a criminal attorney’s too – is negotiation. Nobody really wants to wind up in court, if they can bargain, arbitrate, reach an accord and satisfaction, or somehow find a concilliatory common ground. Because only one of the lawyers is going to leave the courthouse with a smile, and neither of the parties ever will. The process simply sucks, and everybody pays. 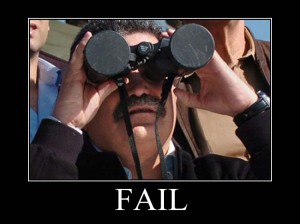 If that’s true, why does every court have hundreds of people on jury standby at all times? What systemic FAIL is intractably repeating itself across the country every week?

I can’t help but think that if the convocation of the worthies was a last resort – and not a tool of leverage and rhetoric, too often somewhat mercenary – then a standing army of jurors would be on its way to being as obsolete as the horse and buggy or the floppy disc.

Of course, we still think war solves something, so there you go.

Incidentally, I just called the courthouse number and I don’t have to show up on Monday. I call again Monday night, and we go from there.  Wherefore, let us all as of one mind squint our eyes, like Lady Justice behind her blindfold, and give another big push toward trying to evolve.

Michael Vick, the disgraced football player who has just pleaded guilty to involvement in dog fighting, was just on my TV. Live. He made a statement, accepting full responsibility for his actions and apologizing to everybody including the children of the world for his poor judgment. He may overestimate their prior adulation of him, but that’s neither here nor there.

He says through the experience of “this situation” he found Jesus. Good. Maybe there’s a kindly pastor there in Atlanta who can teach Vick to say the word dog, which he never uttered once. And help him to understand that when one confesses his sins, it’s customary to say what they are.

For goodness sake Vick, you asshat, tell the children what you did. Tell them it was wrong, evil, and nobody should hurt animals, and urge them not to do that thing. If you don’t, what good are you now?

Metaphor is my blog on writing: the art, the life, the culture, the tech, and the inspiration. Plus whatever metaphorically floats my boat, tickles my Elmo, etc.