The December darkness chills us
as the clouds have moved away.
Thank God for all the little lights.
A blessing, these strings and streams
of light, these marshes of brightness
in longer nights that bear the fall away.
No pumpkins now but here’s
the consolation of electric grace.

Oh Lord, there is sorrow without solace
but that night brings out the multicolored
dreamland of your Advent.

We give Brookie her own pumpkin every year for Halloween, then have to take it away because she’ll chew it up. She gets treats, which she says is not as good. This one was in 2013. 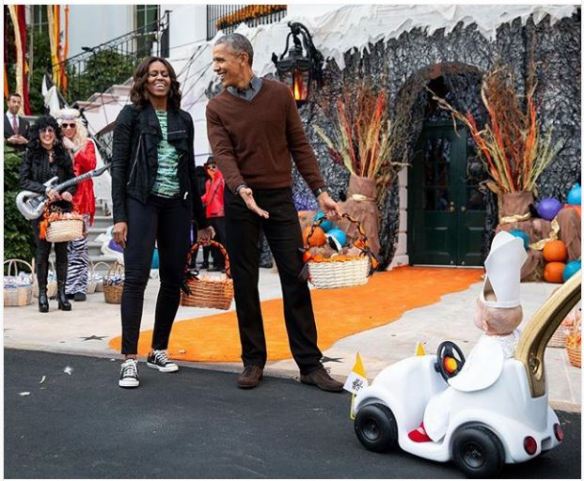 In my last post, I promised to ponder ways to stop the year 2011 from ending prematurely. I failed as always. The clocks struck midnight, the neighbors’ kids made a bit of noise, and I went to bed.

December 31 always arrives for me with a feeling that reminds me of high school: If I could just turn back the clock a bit, I’d do better on the final exam. No really, this time I’ll study more! Not that I did badly in school, but I could have done better. And I doubt I’m alone in the belief that if time would just slow down, I could do better in my life today.

Such existential angst makes champagne contraindicated.  I’m glad to say, if nothing else, that I woke this morning free of  hangover. And despite having a nastyass cold, I went for a walk in the sunshine out on the bluffs.

So it goes. So we find our consolations where they are. For me, that means January 1 should remind me that I am a by the grace of God a Christian man, and by my actions a great sinner.

I guess my point is that if we’re going to assess and take stock, undertake a fearless and thorough moral inventory or something less than that, it’s good to start with the basics. Remembering first what’s at the core.

Here’s a little video. Really, it’s music with a picture to look at while you listen. Some might recognize it as the icon of The Holy Trinity.

The music is cool, because it’s the Valaam Monastery Choir in Karelia, Russia, but they’re singing the 103rd Psalm in English.

Or as they say in certain other rooms, One Day At A Time.

A vigorous Boo to all of my loyal readers. I appreciate you all more than I can say, as far as you know. If you were here, I would give you a piece of candy and tell you to get the hell off my porch.

I kid. Be safe. And – especially if you’re back east in the deep snow – be warm.
Now if you want a little something scary – monstrous – for your All Hallows Eve, here’s a bit of poetry:
In the desert
I saw a creature, naked, bestial,
Who, squatting upon the ground,
Held his heart in his hands,
And ate of it.
I said: “Is it good, friend?”
“It is bitter-bitter,” he answered;
“But I like it
Because it is bitter,
And because it is my heart.
– Stephen Crane

[Sigh] I guess it’s time to take down my Christmas lights again.

Rats. I love Christmas lights. They help take the cold blue steel edge off the winter gloomies; the long, dark midnight of my soul.

I always leave the lights up and shining on my balcony irons until after Eastern Orthodox Christmas, when all the Christians in the world have finished celebrating The Nativity, and most have moved on to Epiphany. But yeah, it’s time.

I wish we could leave things bright and happy until spring, but I guess that would make it all less special.

Some people leave them up all year, and just wait until December to turn them on. Tacky, very tacky. Last year, the condo association had to ask one resident to pack hers away … in March.

My folks and I returned last night from our annual trip to visit my brother and his family for Christmas. We were gone for several days and now we miss our loved ones very much.

We got to watch my 9 year old nephew T swing from rope swings which hang from big trees in his back yard. He put on an excellent demonstration for us on Christmas Eve. Later, we went to church, then had a beautiful dinner with wonderful people.

My brother and me at the dinner party. Don’t bother pressing me to explain the headgear. I could tell you, but then I’d have to drown you in a vat of mulled cider.

There was much more celebration on Christmas Day, which lasted into the evening. And there was rain to keep things moving along without drying up. Then on Sunday, a few of us traveled to the coast, to San Francisco, for more fun. Others stayed home to break in the new toys.

A great time was had by all. And again, I miss those I had to leave behind up yonder, in the dripping trees and enviable quiet, amongst the nibbling deer. I love you all… I would rather be with you on Christmas than with the finest people in the world.

In the words of Alma Garret, “We do love each other. Our being together ought not to seem so outlandish a proposition. … Except for every other single thing.”

I know that a couple of my readers are in the midwest and the eastern part of the country. So I wanted to share this: At mid afternoon today, the ambient temperature on my parents’ back yard deck – on the southern, sunniest side of the house – was 87 degrees. Humidity about 45 percent.

Perhaps a visit to Santa Barbara at the holidays would be nice for you.

You are most welcome! Though I have to admit, all this sunshine does not make for a traditionally picturesque Christmas.

But I imagine having to dig your car out of a drift doesn’t set you to singing carols either.

I have been outside this evening after dark, getting acquainted with the night, rearranging the strings of Christmas lights on my balcony irons. One of the strings went dead, you see. Probably a fussy little fuse.

But, you know, that old Grinch was so smart and so slick
He thought up a lie, and he thought it up quick!
"Why, my sweet little tot," the fake Santy Claus lied,
"There’s a light on this tree condo that won’t light on one side.
"So I’m taking it home to my workshop, my dear.
"I’ll fix it up there. Then I’ll bring it back here."

The days, you may have noticed, are getting terribly short. The sun’s arc is shallow, almost begrudging, even this far south of the North Pole. We’re only 10 days now from the Solstice. So Christmas lights are important, and I was out there in all this longer darkness, stringing twinklers at the top of my outside stairs. I guess there’s a slight chance of a quick and messy death in that. Which naturally set me to wondering what was the last thing I said to anyone, since that might turn out to be the last thing I said to anyone.

I couldn’t remember. It might have been something like “have a good night,” to my neighbor. But nobody wrote it down.

Wouldn’t it be cool if somebody – besides Facebook – was discreetly recording our every utterance, just in case it might be our last? Well my last words, if I had tumbled down the concrete steps, might not have been fit for polite conversation. Let alone to be etched in marble or quoted as an epigraph in literature. But you never know. I might have been wise or funny in the end.

Goethe is said to have thundered, "More light!" But there is, I believe, some contention. Some have quoted him as saying, “Open the second shutter so that more light may come in." The former is better. Still others say his final utterance was really, "Come my little one, and give me your paw." And where does your imagination go with that?

Henry David Thoreau’s last words were, "Moose. Indian." Just shortly before that, we was asked if he had made his peace with God. He said, "I did not know we had quarreled."

Walt Whitman’s last yawp: "Hold me up; I want to shit."

Emily Dickinson finally said, "Let us go in; the fog is rising." For her, everything was poetry, nothing ordinary.

When a nurse told Henrik Ibsen that he seemed to be improving, he said, "On the contrary!" and died.

Ludwig van Beethoven: "Friends, applaud. The comedy is over."

Oscar Wilde’s famous last words were, "Either this wallpaper goes or I do."

I haven’t had much too blog about the last several days. I’ve started a few posts, and lost interest. The drafts are mulling like cider in the back of my mind. But don’t wait up.

As a consolation, here’s a great little video to watch. It’ll warm your punch, is my point.

Well, I’m back from my 11 day trip to visit my brother, sister-in-law (SIL), and little nephew way up yonder in northern California. A fine time was had by all. Santa showed up right on schedule and, as always, brought me some wonderful gifts despite my intransigent and glaring presence on the Naughty list. Nephew T, who’s into dinosaurs these days, got enough toy ones to fill the La Brea Tar Pits. He’s on the Good list, no doubt about it.

My Bro, SIL and I rang in the new year in San Francisco, joining 8000 fellow deadheads and motley hoopleheads at a marathon show by 2 former members of the Grateful Dead – Phil Lesh and Bob Weir – and their band.

[Incidentally, for those new to Metaphor, hooplehead is a term often used in the HBO series Deadwood. Like this.

It means a member of the ignorant masses, an uneducated commoner, an idiot, riffraff, the madding crowd, the great unwashed. I’m certain no such persons would – or even could – read this noteworthy compendium.]

The show was great, and an excellent way to traverse the terminal cusp of the year. They played many of our old favorite Dead tunes, did a lot of cool psychedelic improvisational jam, and even covered Pink Floyd.

Here’s a little video I shot that night. It’s just a few seconds, shot in semi-darkness with a phone, 50 feet above the stage. But somehow, for me, it captures a moment of the energy.

There was one tragedy narrowly averted during our visit. On the afternoon of December 29, a few of us were sitting at the dining table. I was eating lunch, Mom was talking on the phone, and nephew T was doing something I don’t remember. The chandelier above the table fell; without warning, as is usually the case with such events. After all, if there had been some warning I would have moved my laptop.

That’s no flimsy fixture, kids. That’s real iron and leaded glass. And it missed the cover/monitor of the computer by an inch on 2 sides. … Wham! …  There are little ceramic animals on the other sideof the light, which T made and was showing to his Nana. And those photo coasters are made of glass. Thanks to God that it didn’t smash my machine or anything on the table. It just fell in the midst of all our stuff, hurt no one, and broke nothing. It just put a decisive dent in the hardwood table, as a reminder that life’s justice is inscrutable and sets its own terms. And as you can see, the chandelier remained lit.

Mom does the crosswords, by the way. I haven’t cared for them since high school, when some teachers used them for homework exercises. Blech. 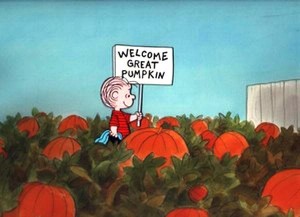 Metaphor is my blog on writing: the art, the life, the culture, the tech, and the inspiration. Plus whatever metaphorically floats my boat, tickles my Elmo, etc.