My neighbors and I have received a postcard from the electric company. I don’t know how many of us received it, but it may be several thousand people. The eastern half of the Carpinteria Valley, which lies on a shelf of land on the California coast, under the coastal hills, near Santa Barbara.

They are going to shut off our electricity tonight just at the start of prime time TV, and it will be off for 10 hours.

I’m told they did the center of town 2 nights ago, but I don’t know for sure.

Why? “Upgrading aging infrastructure or completing other repairs to make needed improvements.”

Sounds vague to me. Boilerplate language. But I think I can translate.

In order to increase corporate profits, we cut staff and deferred maintenance to a point that things have really gone to shit. We’re worried. Before the whole city goes dark for days or weeks on end, we’re taking drastic action regardless of the inconvenience. 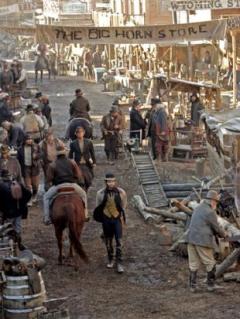 How do you think I did?

I have family close by, but part of me wants to cowboy up and ride it out here in camp.I have plenty of battery-powered electric lights; enough to dimly light my condo for several hours. It might be OK to shake off the video habits for a night, sit quietly and read a book. I have an iPod with tons of music, stories, poetry, if my eyes get tired.

But it’s hot. We’re having a heat wave, and I’ve been sleeping with a fan blowing on my bed. So I don’t know.