I never took a class in how to hold a big writing project together. I don’t think anybody did, not back when I was in college, anyway. I studied creative writing, along with literature, rhetoric, business writing, etc. But back then you wrote stuff, you edited and edited and rewrote and revised. And if you hadn’t already been typing during that process, at some point you wouldn’t probably be expected to type your manuscript.

Research was discussed, of course. Writers have always done research. We students were dispatched to the library, and we kept copious notes in our colorful Mead notebooks, with Bic ballpoint pens. (Sometimes I used a #2 pencil.) We had electric typewriters and liquid paper, or those little correction strips.

But one thing was never discussed in my classes: project management. I don’t think I even heard the term, except maybe referring to construction, until years later. But the fact is that a writing project is just as much in need of management as an overpass or an office building. And organization, my friend, is a humorless old goat. 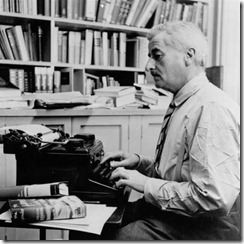 In the face of this seething vacuum – this leering lack of tangible, relevant advice, I have struggled. I have cast my lines upon the torpid seas of the Internet in search of suggestions and insight:

How do you keep your notes, and your brain, organized while you try to write long fiction?

The answer comes back as a ghostly voice singing thinly from the depths of a well:

Find what works for you and do that … at …at.

Well, thanks. That’s so helpful.

I’ve tried asking concrete questions: During revisions, do you maintain your manuscript as a single digital file (such as a Word file) or do you use multiple files for chapters or sections? Why? (Compare and contrast.)

Do you keep your notes – ideas, concerns, thoughts, research, etc. – in handwritten notebooks, in a notes program like Evernote or OneNote, in a separate Word doc, in the same document with the manuscript…?

How do you keep your notes organized, so that when you return to a chapter to revise, you’ll have your notes at hand?

Here’s a biggie, a very popular topic among writers: Do you outline, or not? No consensus there; again, the voice from the well.

Well, I’ve tried all of the above. I’ve got notes for my project in Evernote, in Notepad text files, in Word files, in Google Docs, in notebooks in ballpoint and gell ink, and in e-mails addressed to myself. I’ve even tried appending all the notes to the end of the in-process manuscript, as a 20-30 page appendix, with hyperlinks from the pertinent passages of text. That got cumbersome.

Tonight, I read this page by a professor of English at a small Tennessee college, in which he answers the Outlines and Notes questions for himself. I found it not unhelpful. And it’s encouraging that he wound up doing the same thing I did.

For this fellow, outlining in a complex sense does not serve. Me too. I need a list of scenes, but that’s it. He makes lots of notes, as do I. We both admire and use Evernote quite a lot, but keep our novel project notes in Word. He wrote:

I made two documents.  One was my manuscript file.  … The other document was my notes file.  It was just a normal MS Word .docx, but I separated it into sections:

Under each of these sections sits a series of bullet points that I could append anytime I felt like it.  Some of the stuff didn’t end up making it into the first draft, but a lot of it did.  And that’s okay because I knew by just looking at the document what went where and why.

That’s sort of what I did, but mine has a lot more sections; e.g., character notes, landmarks, timelines, themes, etc.

I also put very short notes and observations in the manuscript, using Word’s comments function. That works well, as least for the current draft.

I still think the more lightweight tools, like a good notebook, Evernote, or even Notepad, are good for getting the idea out of the brain cloud into the digital one. But then it needs to go in the Word file, organized, and preferably by the end of the day.

I guess the moral of the story is that we really do have to plod through this process of finding what works for us, occasionally tossing a dime in a taciturn old well. Or you can keep reading good old Metaphor. And leave your preferences and insights in the comments, OK? To put it another way….