I was vacuuming the living room today and thinking about oil. We all need oil. We also need bread.

Sure, but that doesn’t mean that one should turn his front yard into a wheat field. The neighbors might object. And the wheat in a guy’s front yard does nothing to satisfy the national hunger, just his own.

There is a place for growing wheat, called a wheat field. And there’s a place for pumping oil, called an oil field. And neither one belongs in a residential area. Which is what Venoco is trying to do in Carpinteria: expand oil operations in an area surrounded by homes and fragile ecosystems. 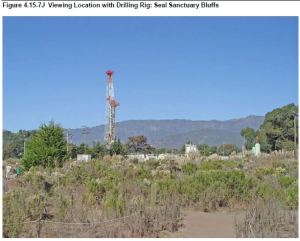 If someone tries to do something really ugly or destructive, a threat to quiet enjoyment, health and safety, there are government authorities to whom we can complain. Unless of course, the wheat farmer pulls off a power grab and tricks the people into voting said authorities into oblivion.

I wonder if anyone has ever done that, planted wheat on their yard, in a suburban neighborhood. Well, of course.

And if it is against the law, there’s always a way around that. Right? You just feed some of your neighbors a cock and bull story about the vast royalties they’ll get from your harvest. Tell them America needs wheat so we’re not dependent on foreign imports. Imply that your little front yard crop is actually relevant to that independence. Then they’ll vote to let you grow it to your heart’s content. Even if their own homes and lives are affected in the process.

Now you’re in the ranching business too. 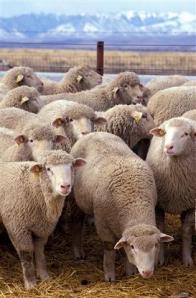 “Wheat. I’m dead, they’re talkin’ about wheat. The question is, have I learned anything about life?”
— Woody Allen, Love and Death … great ending scene … watch it here.

That’s funny stuff, right there. But I digress. The problem here in Carpinteria is that part of the flock have bought the premise that since we need oil, America needs the tiny puddle under our town. That’s wrong. America has vast tracts of oil that aren’t even being pumped, and that’s Big Oil’s decision.

You see, America has very little oil. Our vast tracts can never meet our needs. Most of the world’s oil is in the middle east, especially Iraq. Plus a lot is in Russia and Canada. But Iraq is #1, which is why we went to war there. But that’s another blog post. Actually, I’ve been posting against the war since February 2003, just not on Metaphor.

Here’s some info on oil reserves, from Wikipedia: 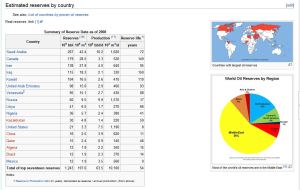 The foreign oil is easier to get at, and there’s a whole lot more of it overseas. Better profits yonder, is my point. But the little puddle under Carpinteria has nothing to do with all that.

The oil under our town can’t possibly make a difference to America. If they pumped it all out and turned it into gasoline, the US would burn through it before breakfast. Which doesn’t mean Venoco can’t sell it. They can try to get it, and if they succeed, they’ll make a profit, if they can get it out cheaply. Hence the big oil rig. 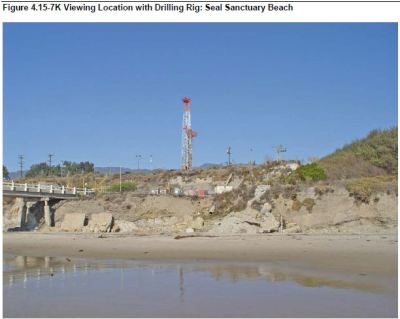 And Venoco doesn’t care about the effects on the neighborhood. They don’t care what assaults our eyes, ears or noses. They won’t give it a thought if our town becomes less enjoyable, desirable or safe. 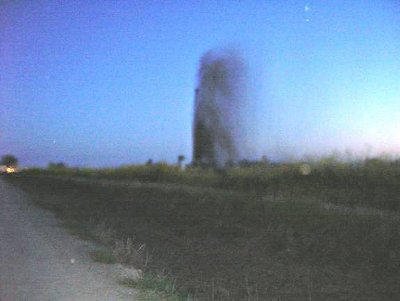 But Measure J isn’t about wheat and it’s not really about oil. Not on Tuesday, anyway. It’s about power. Whether the people have it, or give it to the oil company. That’s a trick, if you can get people to do it, against their own interests. It’s called a power grab.

This story is about one town, one oil company. People have made themselves a home here. It’s nice, and they have the right to keep it that way. … The rest of the story is all just natural gas. 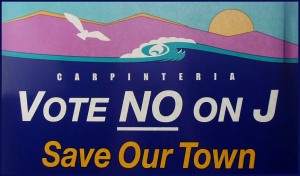